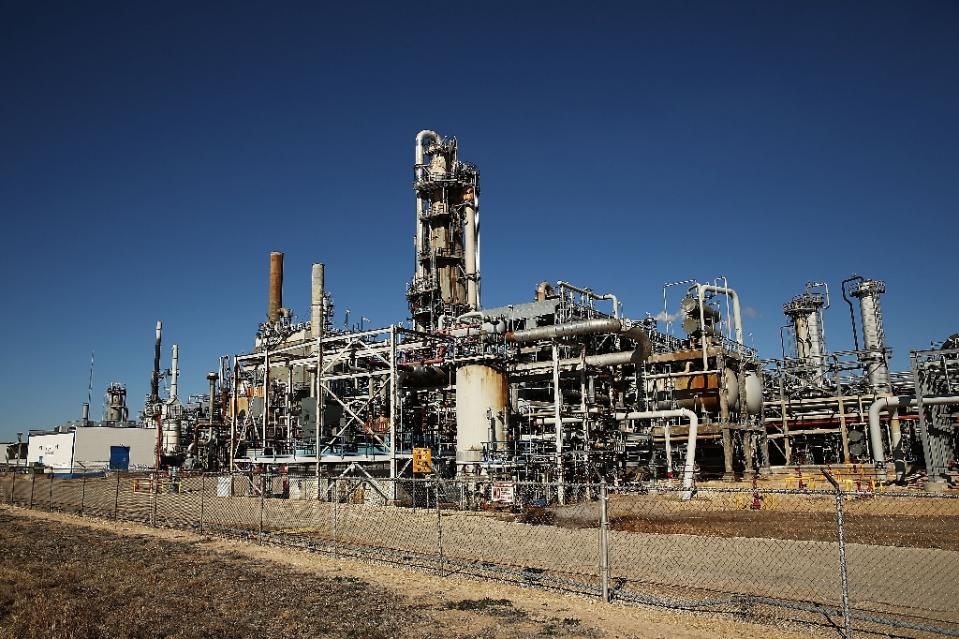 Gains were tempered on Friday by news the US economy grew more slowly than expected in the fourth quarter of 2014, expanding by 2.2 percent, down from the prior estimate of 2.6 percent.

OIL: The market initially won support after Ali Al-Naimi, the oil minister of major producer Saudi Arabia, declared Wednesday that demand was growing and the market has turned "calm".

Brent crude also gained ground on the back of supply-side tensions in Iraq and Libya.

However, oil prices trimmed gains following fresh evidence of oversupply in the United States, which is the world's top crude consuming nation.

"Prices managed to get some support amid positive comments from OPEC's kingpin Saudi Arabia's Al-Naimi, who said prices were stabilising and that demand was growing," said analyst Andrey Kryuchenkov at Natural Resources Consulting.

"However, US crude stockpiles continue to push higher amid refining strikes, weather-related disruptions and still ample production," he told AFP.

Saudi Arabia is the biggest and most influential member of the Organization of the Petroleum Exporting Countries (OPEC), which in November decided to maintain output levels despite global oversupply.

Crude futures dived Thursday as the market appeared to do a double-take on Wednesday's US inventories report, which showed US crude stockpiles hit a fresh record last week.

WTI sank $2.82 in New York on Thursday while Brent shed $1.58 in London, in a delayed reaction by traders to a bigger-than-expected 9.4 million barrels increase in US crude stocks in the week to February 20.

The US Department of Energy said Wednesday US crude reserves now stand at a record 434.1 million barrels.

Prices rebounded Friday on bargain-hunting, but New York crude held in negative territory over the course of the week.

The global oil market has lost about 50 percent of its value since June, weighed down by the global supply glut.

By Friday on London's Intercontinental Exchange, Brent North Sea crude for delivery in April rallied to $61.67 a barrel from $60.69 a week earlier.

On the New York Mercantile Exchange, West Texas Intermediate or light sweet crude for April fell to $48.94 a barrel from $51.16 for the March contract a week earlier.

PRECIOUS METALS: Gold and other precious metals rose as traders eyed the dollar, which sank Wednesday after Federal Reserve Chair Janet Yellen hinted the central bank was in no hurry to raise US interest rates.

"Dovish remarks from US Fed chair Janet Yellen, Chinese demand and renewed interest from investors are offering some support to gold prices after a month of lacklustre performance," said analyst Ole Hansen at Saxo Bank.

The precious metal also won support from its status as a haven in times of geopolitical and economic uncertainty.

On the London Platinum and Palladium Market, platinum increased to $1,177 an ounce from $1,166

BASE METALS: Base or industrial metals were mixed in hesitant deals as traders in Asia returned after the Lunar New Year break.

"We now have Chinese market participants returning to work and this should begin to provide more direction to prices, especially as we start to enter the peak demand season which begins in March/April," noted UniCredit analysts.

By Friday on the London Metal Exchange, copper for delivery in three months rose to $5,862 a tonne from $5,679 a week earlier.

"The winds dry the trees and soils and can lower production of the mid crop," said Price Futures Group analyst Jack Scoville.

"A strong hot and dry pattern can even affect the next main crop production potential."

The dry Harmattan wind -- a dry breeze packed with dust which blows across West Africa from the Sahara -- blows away leaves and flowers which develop into cocoa fruits.

By Friday on LIFFE, London's futures exchange, cocoa for delivery in May stood at £2,011 a tonne compared with £2,007 a week earlier.

SUGAR: Prices fell on favourable weather in major producer Brazil, and on the stronger dollar.

"The rainfall in Brazil plays a key role, as it improves the outlook for the sugar cane harvest which begins in April," said Commerzbank analysts.

"The strength of the US dollar is also weighing on prices, as is the case with all commodities denominated in US dollars."

COFFEE: Arabica struck a one-year low at 140.30 cents in New York, as the market was hit by the weak Brazilian currency and rainy weather.

"The weak Brazilian real is still acting as a strong incentive to sell," added Commerzbank analysts.

"The more plentiful rainfall that Brazil has finally been experiencing recently has also had a major impact on the price performance."