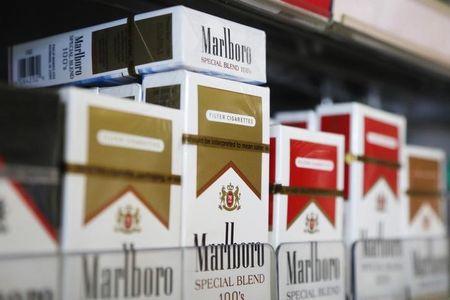 The agreement will cover more than 400 lawsuits filed in federal court in Florida by smokers or their families, according to court filings. The settlement will not cover cases that have already gone to trial, or thousands of lawsuits in state court. The tentative agreement will be finalized if all individual plaintiffs participate, or the parties otherwise agree.

Philip Morris and R.J. Reynolds will each pay $42.5 million, and Lorillard will pay $15 million, according to a lead lawyer for plaintiffs, Joe Rice of law firm Motley Rice.

Rice and other plaintiffs' firms that negotiated the deal said Wednesday they were pleased their clients would be compensated after years of litigation.

It is the first major agreement reached by the three companies to resolve a chunk of so-called Engle cases, named after a class action brought by Florida residents over injuries or deaths they said were caused by tobacco-related medical conditions.

In 2006, the Florida Supreme Court overturned a $145 billion award for the class and ruled that plaintiffs had too many individual issues to proceed as a group. However, the court said plaintiffs could bring individual lawsuits based on findings from earlier in the litigation that nicotine is addictive and that tobacco use can cause diseases.

After that ruling, thousands of cases were filed in Florida federal and state courts. All three companies have been hit with millions of dollars in damages from dozens of Engle cases that have gone to trial.

Murray Garnick, associate general counsel for Altria Client Services, said the agreement was in the company’s best interests and that it will vigorously defend unsettled lawsuits.

R.J. Reynolds Assistant General Counsel Jeff Raborn said the agreement presented an opportunity for the company, an indirect subsidiary of Reynolds American Inc, to put the federal litigation behind it. Lorillard general counsel Ronald Milstein said the company was pleased to have resolved the federal cases on favorable terms.

Shares of Lorillard were up 0.2 percent in morning trading, while Reynolds American and Altria each gained 0.3 percent.