Janet Yellen: Too many Americans aren't making it 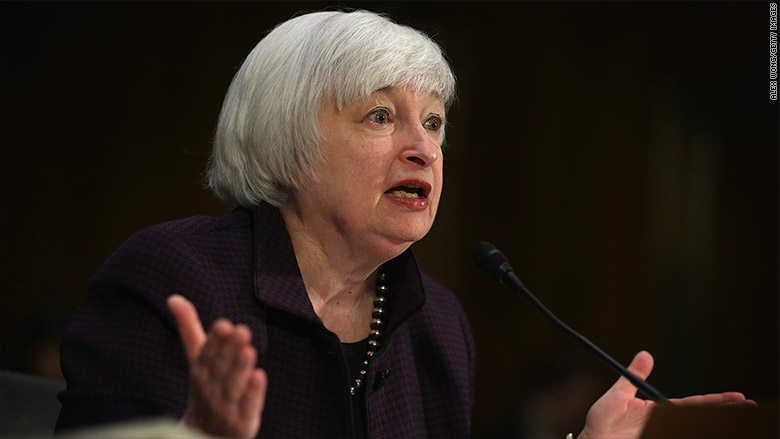 America's economy got a gut check Wednesday in about one sentence from Federal Reserve Chair Janet Yellen.

Getting all up in an uproar over the stock market doing well is stupid.  The fed gives us nothing in savings - 0.00% so where else can we turn to.  Again, when the government gets involved, then they have to force things that no one wants.   If they hadn't given loans so cheap to people who shouldn't have had them, the housing wouldn't have grown and busted.  Then if the banks hadn't had bailouts while forcing us into bankruptcy, the banks wouldn't have had cash to flood the stock market and oil markets.  We can't afford having cash on hand, given to banks who pay us 0.00% because they can get all the cash they want from the federal reserve, while we watch our cash eroded by inflation that is quadruple what the government says inflation is.  And there are too many people wanting jobs, so wage hikes aren't there.  And then the government forces the healthcare mess (and we still have 17 million without insurnace) so companies lay more off.  Economic history shows the 1929 crash lasted 8 years longer than it should have because of government intervention.  I wonder what historians will say about this "recession" after everyone is dead.