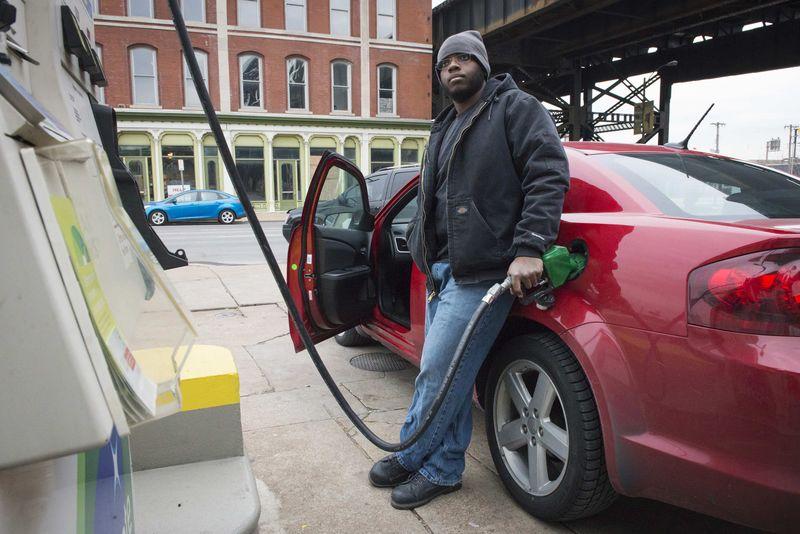 U.S. economic growth slowed sharply in the fourth quarter as weak business spending and a wider trade deficit offset the fastest pace of consumer spending since 2006.

Business spending on equipment had advanced at an 11 percent rate in the third quarter. The fourth-quarter weakness could reflect cuts or delays to investment projects in the oil industry

Its nice to see the consumer getting little break now. Not having to use most of their weekly or bi-weekly check on fuel and groceries. Though groceries are still high. So anything that can relive any pain is good. As they state the consumer provide a lot to are economy. As long as the consumer realizes that. We can keep things good if we learned from the past. We have short memories . Whats good today can be gone tomorrow. Lets be smarter then Washington & Corporate America . We have been trashed enough. Try living in your means. Try paying down your debt . So U have more. They work for U. Not the other way around. If you like how it was a few years ago. Whos stopping U.? It just seems getting beat all the time. One would get tired of it.

Its true the average person has more money in his pocket with lower gas prices.

The smart thing to do would be to pay down some of their debt which is starting to soar to pre recession levels. That wont help the economy overall but would be the best long term strategy for the individual. Gas prices will go back up and even if they stay below where they were your savings are going to be less. If consumers just keep spending those savings and borrowing as it appears they are doing it makes the economic numbers look better. In the long run however it just makes for a higher cliff to fall from and increases the devastation when we hit that next inevitable recession.