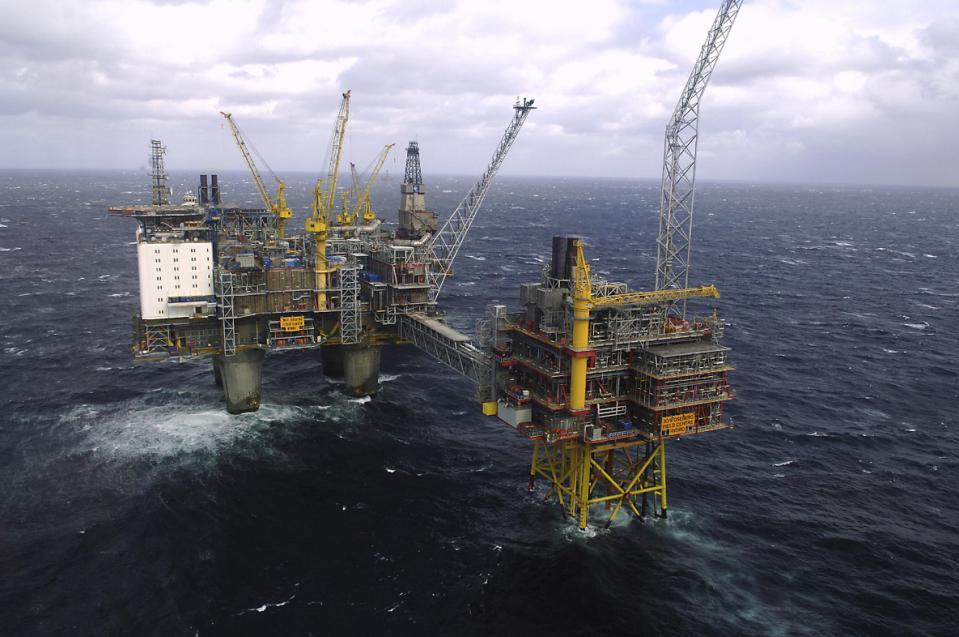 Losing his job on a Norwegian oil rig meant more to Kristoffer Sandberg than saying goodbye to a high salary. It has caused a shift down in lifestyle and expectations, something an increasing number of people in this small oil-rich country are facing.

Wow, Norway not diversifying into other industries, but sitting on their haunches expecting oil and gas revenues to last forever. This is merely the beginning for them, oil and gas are now plentiful in the U.S., efficiencies of cars and homes is gaining, renewables in the forms of wind and electric vehicles, Tesla becoming the strength of the country with future microturbines, solar charging, solar cells, and batteries for homes, small businesses, etc. to detach from the grid. What happens next is charging stations powered by solar and wind and gas microturbines, etc. from Tesla and others and disconnection from the nations power grid. Also, natural gas generators and other new technologies are coming online to make homes and small, medium, and large businesses non dependent upon an electric grid shared by all and which could brown out, black out through storms, winter weather, earthquakes, etc. Instead of distributed electricity we will see independent homes and businesses who will free themselves from monthly bills and socialized power to their own wind generators, solar roofs with electric charging capabilities and a room for the bank of batteries charged to power homes during cloudy weather.

Making the house/home the power grid rather than the collective to powergrids. Same applies to cars, motorcycles, etc. Why not hybrid, natural gas, etc. Lawn mowers and tractors should all be hybrid or electric. I am sure Tesla will work on this as well. Already, there is a riding tractor called Raven that is hybrid gas electric, next step, the gas refill station inside garages in homes for lawn mowers of all types, any powered equipment will have Tesla banks of batteries to recharge them or supply batteries. Duracell, and many power tool companies will have to buy Tesla batteries, battery makers will be obsolete at the Duracell level as Tesla will eventually own it all. In actuality, Tesla is the Thomas Edison of the 21st Century. Wireless recharging is now being developed as well, no need to hook up or place chargeaables on the surface of a charging plaform. Musks Hyperloop will be a reality and high torque, equivalent of high HP electric cars will become prevalent, not the shoebox size vehicles like Think. Hyrbid electric should be hybrid natural gas, not gasoline. Spark plugs will be replaced by lasers for each cylinder that will burn 100 percent of the gas or fuel in a combusion engine. Perhaps we will see the day that there will be a fluid that can be charged with electricity and then fill up the car, and when it passes through a converter, extrach the electricity and go into a station, empty the discharged fluid with newly charged fluid, in essence, no batteries at all and a charged fluid that can be used over and over again with no pollution anywher in the supply chain, solar, wind, thermal conductivity electric systems, even small turbine generators in vehicles using superheated spring summer fall or year round thermal transfer to recharge batteries or an electrically charged fluid. Capacitors may reach the efficiency of charging and slowly dissipating the energy into all sorts of uses rather than replaceable batteries that contribute to carbon footprint, chemical signature in environment, etc. Welcome to the 21st century where energy is no longer owned by the oil baron, energy baron companies, top wealth owning most of the stock, etc. Freedom from the grid, individual homes and businesses with only the cost of initial investments and longevity of batteries, charging systems, and their homes as the generators for alot of this. Think of the energy that could be generated by thermal electric or turbine generators capturing the superheated air in attics and homes and cooling the house by using the escape of pressurized heated air from the attics or heat pump systems that use this higher heat to cool the home, provide electricity, etc. We spend so much cooling and heating, providing electricity, etc. that this will no longer be external expense. The 20-30 year mortgage will include the ability to be free from the bills that cost us so much. The same applies next to the internet. What if Elon Musk or one of the main entrepeneurs comes up with the ability to have the wireless electric grid to charge batteries in all neighborhoods and provide super high speed internet as well.