Rand Paul wants to 'Audit the Fed.' Why? 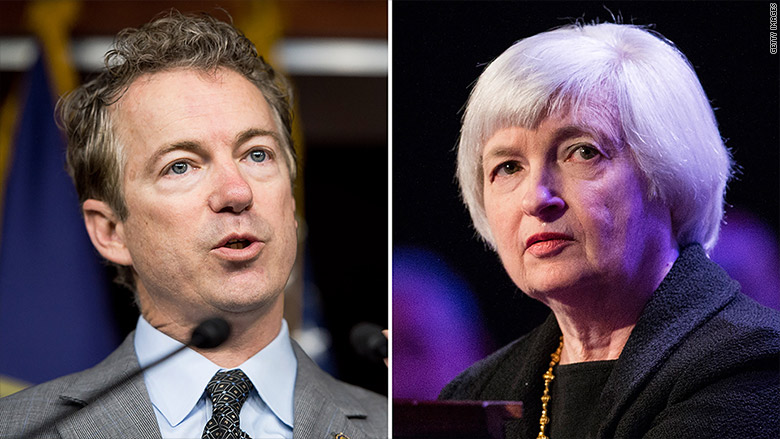 Senator Rand Paul and the Federal Reserve are at war -- at least by Washington political standards.

So the contention is that all assets purchased by the Fed were done so in open market operations that are fully public? Then why are all the Fed governors fighting this audit so passionately?

The idea that this is an excuse for control by Congress doesn't make any sense, since this bill would give no extra powers to Congress over the Fed. It would simple expose activity to daylight. So the Fed's argument, as always, is that people shouldn't know what they are doing because they might not like it.

This is clearly about the defense of secretive central bank stimulus. It's hilarious they are called the Federal Reserve seeing as how they are private and hold almost nothing in reserve

"assets guaranteed by the government" -- the only guarantee is that the printing office won't run out of that special paper and ink when those bonds are tendered for final payment instead of being rolled over into new issues at that time.

Rand Paul is 100% correct. The private central bank is 100% responsible for every recession, panic and Depression the US has had since its inception.

Worse yet? It has allow a corrupt Government and Wall Street to go unchecked by providing both bailouts and endless sums of cash to the 1% oligarchy.