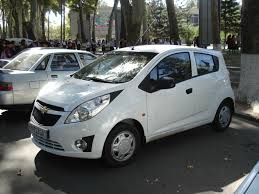 The Chevrolet Spark minicar, among the smallest five-door hatchbacks sold in North America, has been an unexpected success for General Motors.

Now, the first spy shots of the next-generation Spark have emerged, from Korean car site BobaEdream.

What i don't understand is the rage about the mediocre miliage of any of the compacts, especially hybrids" I bought a 1993 Geo Metro, for $5400 got 45-50 mpg, never had an issue with Power, I even put a trailer hitch on it and pulled trailer with 1/2 cord of wood! Yes basically a desposible car but for the price and mileage, was worth it...I put 180K miles and trust me there weren't the easiest miles. even pulled a trailer on two 3k mile vacations, I did replace wheel bearings once and Brakes like 4-5 times, but those repairs were cheap. Wheel bearings all 4 wheels cost me $38 and took me about 2 hours to replace all 4. Who can do the math here, anyone? ....so 21 years ago I had a car getting 45 mpg and it wasn't an exception they were all getting that. Why is there not a car simliar that is not a high priced hybrid??

There is a market for these cars. I am not part of it, but that doesn't mean others would not like it.

I do see a good amount on the roads.