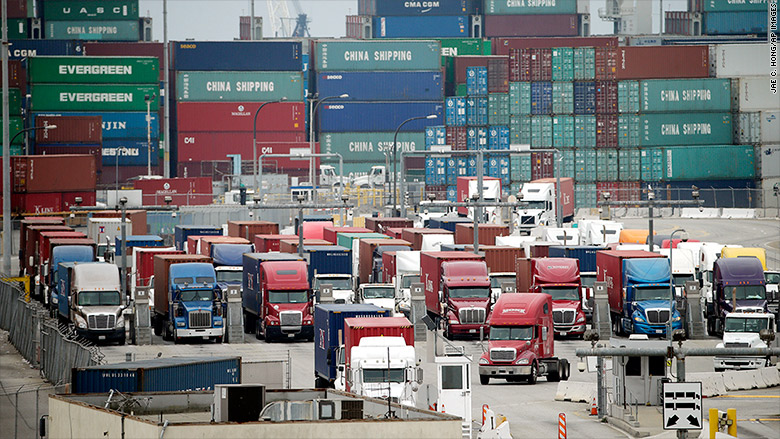 Thousands of truckers who serve the West Coast ports are getting hit hard by the current labor dispute.

One more thing. Our shipments are destined for Houston and the East Coast. We are beginning to ship directly there. With the strike, the extra 2 weeks is not a big deal anymore. It was somewhat faster to go through the West Coast and railroads. This strike will cause the permanent damage to West Coast ports. Can't they just put an ad in LA Times and hire some replacement workers? Are all those jobs very sophisticated?